7 MOST LUXURIOUS WATCHES BRANDS IN THE WORLD FOR MEN

Talking about luxury and comfort and something that quenches the thirst of both the factors with a perfect touch of fashion and elegance, watches are the first things that come to our mind. Watches provide us with the best of the option through which we can flaunt a brilliant style statement of us with optimum comfort and grandeur.
Men born with the inclination towards luxury and excellence aim on availing the supreme accessories so as to achieve the superlative lifestyle and the perfect portrayal of preferences. Its never a doubt on the part of any person to consider that watches hold the thrill of portraying ultimate lifestyle and luxury towards the squad by flaunting and owning brilliantly adorned and designed luxurious watch brands for men.
We are showing some Best Watch Brands in the world for men. Below are such 7 brilliantly adorned time keeping masterpieces for Men that have been significantly contributing their tremendous efforts in achieving higher levels of the wristwatch making art and enabling you to experience supreme richness. 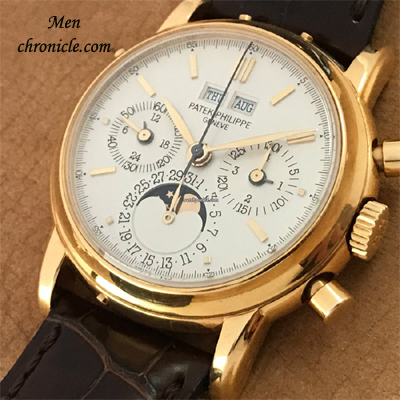 The Patek Philippe wristwatch, popularly regarded as a renowned name in royalty, plays the role of a prominent name amongst the top most names regarding the 7 most luxurious watches of the world for men. The Patek Philippe concentrates on the production of its essential constituents and produces their own Patek Philippe collection out of the self produced constituents.
Patek Philippe, to come into the reality scene and literally exist in the timepiece scenario, consumed around 179 years to gain its existence. Nothing but the world’s best watches pundits invested their valuable skill in producing the one stop luxury wristwatch for men of both the bygone and forthcoming era.
Patek Philippe has been successful in implementing the spell bounding mechanism of the top notch professionals and blending it perfectly with lustrous and glamorous finish. The Patek Philippe collection had been admired greatly by the wearers which included Queen Victoria along with Robert Downey Jr and lastly Nicholas Sarkozy. 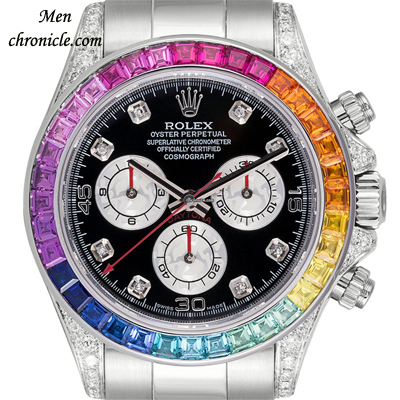 Rolex watches are regarded as the benchmark of all the luxurious brands which sets the brand sales specimen with outstanding accelerating sales meter. The Rolex depicts the most famous as well as luxurious wristwatch towards the endless vicinity by ensuring maximum reliability and luxury.
This brand of luxury wristwatch tends to achieve multiplied manifolds of sales every day by establishing fabulous standards of mechanical outputs and optimum style statement configuration. The classic designs of the Rolex family manipulate the wristwatch lovers towards purchasing the supreme collection of the hierarchy with no regrets. Through the classic designs, the Rolex family tends to portray the origin of the British system towards the large consumers.
The Rolex for men could successfully achieve a state where the series grabbed the exhibition of its most magnificent collection in quite a many movie products which featured Justin Timberlake, Kanye West along with David Beckham and many such astonishing celebrity figures.
The Rolex are known for its supernormal annual sales that count to around 1,000,000 watches. With an addition to these facts, its worthy to mention that the Paul Newman’s Rolex Daytona was successfully sold at an auction with the monetary value worth of $ 17,752,500 and therefore grabbed the label of being the most expensive sold wristwatch ever for men and women both. 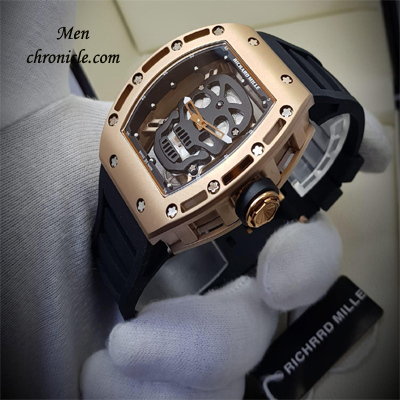 During the year 1999, Richard Mille made its debut in the globe of watches and gained the exposure of being a leading name in the genre of luxurious watches in no time.
The Richard Mille collection has been such a significant wristwatch brand since the beginning of its existence which could grab immense intensity of brilliant audience feedback within a short reach of time with just relying on optimum customer satisfaction along with fabulous as well as luxurious composition.
The Richard Mille contains the Tourbillion RM 008 edition which is considered as the best output of the house till date. The Tourbillion RM 008 is such a luxurious possession that is equipped with a heavy loaded configuration and advanced settings that are hard to locate in any other brand of luxury watch for men. 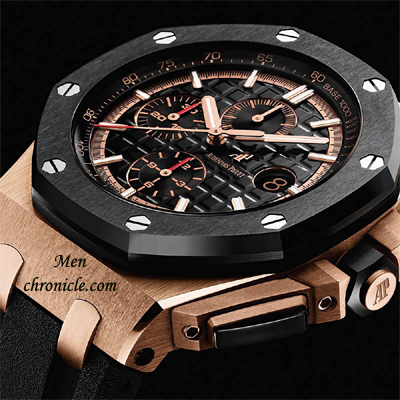 Audemars Piguet came into the limelight of luxurious watches during the year 1875 with the positive notion of the Jules Louis Audemars and Edward Auguste Piguet and their great hardwork. This brand of luxurious watch for men, after being extracted by the founders gained extreme exposure by imparting super stylish designs and trustworthy configuration, and is still under the possession of the founder families.
This luxury wristwatch is capable of achieving enormously accelerating brilliant sales results that are sure to hold everyone spellbound. The Audemars Piguet is renowned for its excellence and perfection in all its constituents which are all total extremely perfect in encouraging a super amazing luxury watch for men. Audemars Piguet extended one of its magnificent product towards the large globe of consumers which was named as the Royal Oak in the year 1972.
Later this timepiece was recreated with an enhanced size and more elegance which was then named as Royal Oak Offshore during the year 1993. Not only this, the Audemars Piguet implies to that luxury wristwatch brand for men which could successfully launch the world’s first steel sports wristwatch that is amazingly luxurious and sporty at the same time.
The same wristwatch is cable of bragging for being the thinnest sports timepiece ever amongst all of its kind. This has been proudly owned by two renowned celebrities who are none other than Tom Cruise and Usher. 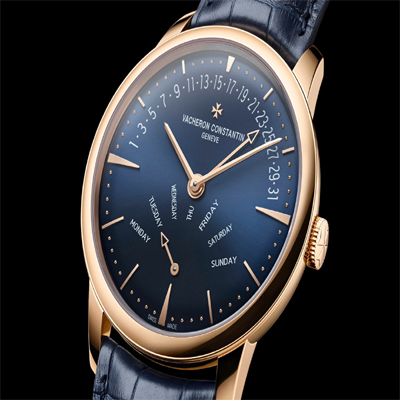 The Vacheron Constantin contains the next name amongst the varied brands of top luxurious watches that was first extracted in Geneva during the year 1755. The first imprint of such a luxurious wristwatch for men was brought to life for the first time by Jean-Marc Vacheron.
The Vacheron Constantin commits to that production house of the bygone era which was considered as one of the oldest manufacturers of luxury watches. Nevertheless the Richemont Group owns the production patent of such a grandeur timepiece that rules the globe of watches. It is worth to mention that the wearers imply to some significant public icons of the generations which are none other than the Napoleon Bonaparte, Harry Truman and last but not the least Pope Pius IX.
The most praiseworthy composition of the luxurious brand is The 2012 Metiers d’Art Les Univers Infinis collection which was bestowed with interlocking shapes which were brilliantly infused with the charismatic designing.
A 57-complication watch, the Reference 57260 that got released in the year 2015 consumed three amazingly skilled timepiece makers and a long term of 8 years to give birth to this enormous luxurious watch. This wristwatch for men is considered to possess the world’s most complicated and dense mechanical composition. 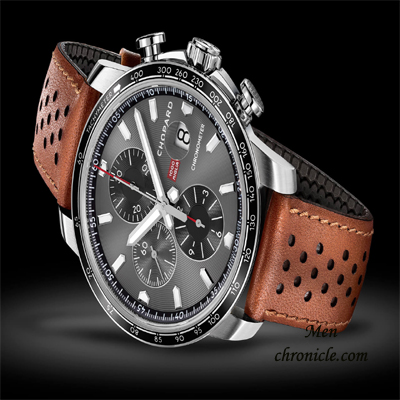 The Chopard, originated in the year 1860, had been occupying the name as a leading brand dealing with women watches, began to flourish after getting into the journey of producing men luxurious watches for utmost luxury and fashion statement.
With a very quick and super fast hike in the achievement of supreme feedback and enhanced sales figure, the Chopard now comprises of the pride of being liked by two prominent public icons Michael Fassbender and Colin Firth.
The most brilliant fact about this Swiss watchmaker and the most praiseworthy achievement of the brand is that the Chopard is the official partner of the Cannes Film Festival and also the Historic Grand Prix of Monaco.
A Chopard gains the greatest of the supreme feedback due to the existence of the classic set of timepiece which makes the brand unique amongst the other brands of luxurious watches for men. The Chopard, during the year 2013, in order to extend the glory of the brand and sales, started encouraging its products by utilizing sustainable gold. 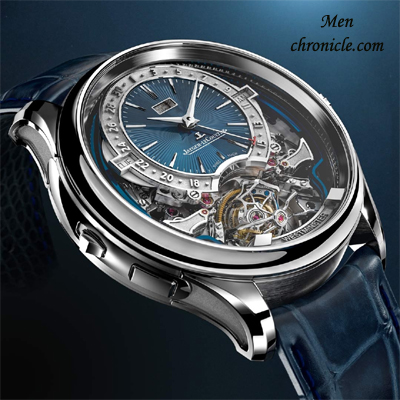 Last but not the least, the Jaegar LeCoultre, popularly considered as the MIT of wristwatch making on achieving a state which denotes an innumerable set of great innovations, technical and mechanical compositions that have comprised together for resulting into such an enormous wristwatch brand for men.
Ever since its existence, the Jaegar LeCoultre could successfully impart quality and grandeur towards the endless vicinity and produce a set of almost thousands of varied outputs and also achieve a prominent title in the genre of luxurious watches. The Jaegar LeCoultre takes pride in being the creator of the world’s smallest timepiece that is named as Caliber. The Reverso Tourbillon occupies a significant place in the hearts of the consumers for being amazingly glamorous and elegant.
When we see any luxury wristwatch for men or get fascinated towards owning any such luxury watch, are deprived to even imagine the involvement of the tremendously equipped timepiece making team who contributed so much of time for the construction of such an incredible composition.
The years of hard work and minute detailing of the timepiece constitute the most elegant timekeeping masterpiece that you adore in your wrist. Above are such 7 brilliantly adorned time keeping masterpieces luxurious watches for Men that have been significantly contributing their tremendous efforts in achieving higher levels of the wristwatch making art and enabling you to experience supreme richness.